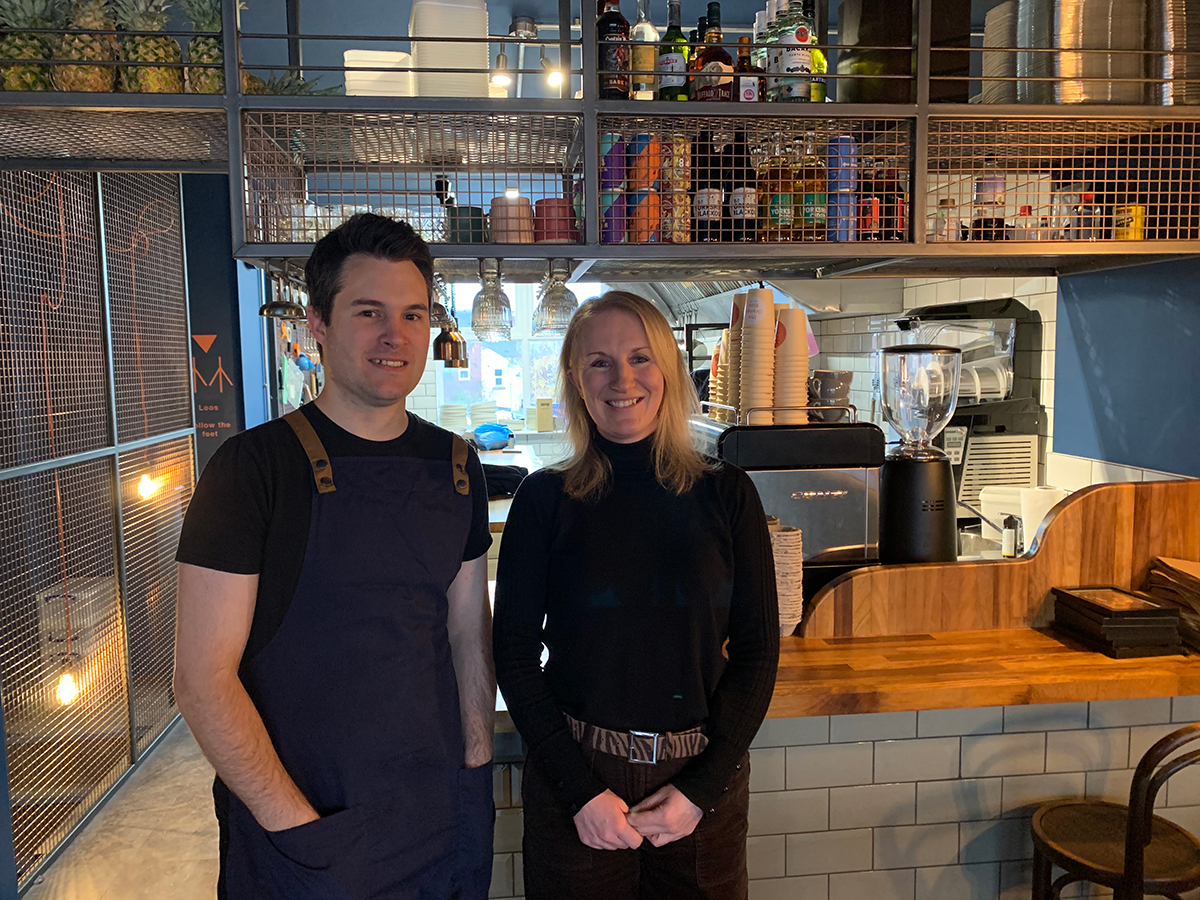 Back in September we told you about a new fast casual restaurant set to light a fire under the Hillsborough food scene, and the fantastic sounding Orange Bird is finally ready to spread its wings in the S6 suburb.

Due to the current restrictions in place to tackle the ongoing pandemic, the restaurant will open as a takeaway only from this Thursday (26 November), and the outcome of Thursday’s announcements regarding the tier system will determine how the proceed going forward.

Co-owner Anne Horner said: “The plan is that we’re going to do takeout until we get out of lockdown. To begin with it will just be evenings this week, then next week, depending what tier we go into, we’ll carry on doing takeout, but offering lunchtimes and working the hours on the door 10am – 3pm and 5pm – 10pm.

“It’s not exactly how we envisaged opening, but we’re so excited to get going. I think the joy of this place is that we’re not already an established business trying to get back to normal, we don’t have a normal yet so we’re just going to get on with it.”

The first takeaway menu will be published on the Orange Bird’s socials tomorrow, and without giving too much away, there’s some yummy BBQ goodness coming your way.

When restrictions are lifted, The Orange Bird promises to be a ‘buzzy’ and inclusive restaurant and bar, filling a gap for a much-needed top-quality restaurant in North West Sheffield.

All of the dishes will be cooked over coals, or will at least include an element of charcoal, including the desserts, and will use an array of seasonal ingredients to create unique dishes such as pig’s ears, Koji buttered sweetcorn and homemade ice creams, as well as a whole host of interesting vegetarian, vegan and gluten free options.

Owners Anne Horner, who has lived in the area for 20 years, and Matthew Duggan-Jones both honed their skills at Sheffield city-centre café Marmadukes. Matthew also has experience in two different Michelin star establishments and will take on the cooking duties, while Anne takes responsibility for the front of house.

Speaking back in September, Matthew said: “We want it to be a real neighbourhood restaurant that people can afford but is still high end. The menu is going to constantly change but the main element will be the fire. We’re going to be cooking on charcoal, and hopefully, eventually wood. I’m a South African, so I was born there and lived there until I was 15, and BBQs is what they do there, similar to Australia.

“Some of my best food memories are from the fire. I remember my dad cooking whole lambs over the spit and just tasting the fat dripping off and it just being incredible. I think I’ve just always been obsessed with cooking that way, so I think we’d quite like to incorporate fire into almost every element of the food, including the desserts.”

Anne added: “We’ve got some pretty interesting ingredients to show off. My daughter, who’s 17 said, ‘don’t put pig’s head on first’, but it’s just about really good quality ingredients and Matt is such a good chef, and what good chefs can do is cook cheaper cuts really well. He knows the processes and cares about how things turn out.”

The restaurant will take over one of the units that used to be home to the longstanding Hillsborough Electrical, just on the tram stop and across from another new Middlewood Road cafe, Molly’s Cafe and Deli.

Anne said: “I feel like there’s such a buzz in Hillsborough, it’s a busy place, and it’s not being utilised. The area is crying out for it. We’ll be something independent and different”

Matthew added: “I love the buzz of a busy restaurant. One of my favourite restaurants is Ivan Ramen in New York, where the music’s really loud and it’s always full. There’s queues out the door, and I don’t know if we can achieve that, but I like the place to be busy. I don’t want people whispering.”

A drinks license application is pending, and they will eventually offer a select, interesting cocktail list. But, for the time being, they plan to keep things simple on the drinks front, opting for good wine, beers and the odd G & T.

For Anne and Matthew, the restaurant has been two years in the planning, and they hope to be open by the end of October. However, the opening date and the way in which they open is dependent on the ever-changing guidelines surrounding the pandemic.

Anne said: “When COVID hit we made the decision to still go for it, thinking well, we’ll just do take out. Then everywhere opened and we thought, great. And now, we are where we are. So, the contingency plan, if we do get to a local lockdown, is still takeout. It’s just the not knowing that’s the hardest.

“We can’t wait to get going now. We’re really excited, but I don’t think it will feel real until it’s open.”

For further updates and tomorrow’s takeaway menu announcement, head over to their Facebook page here. For more restaurant and bar news in Sheffield, head here.