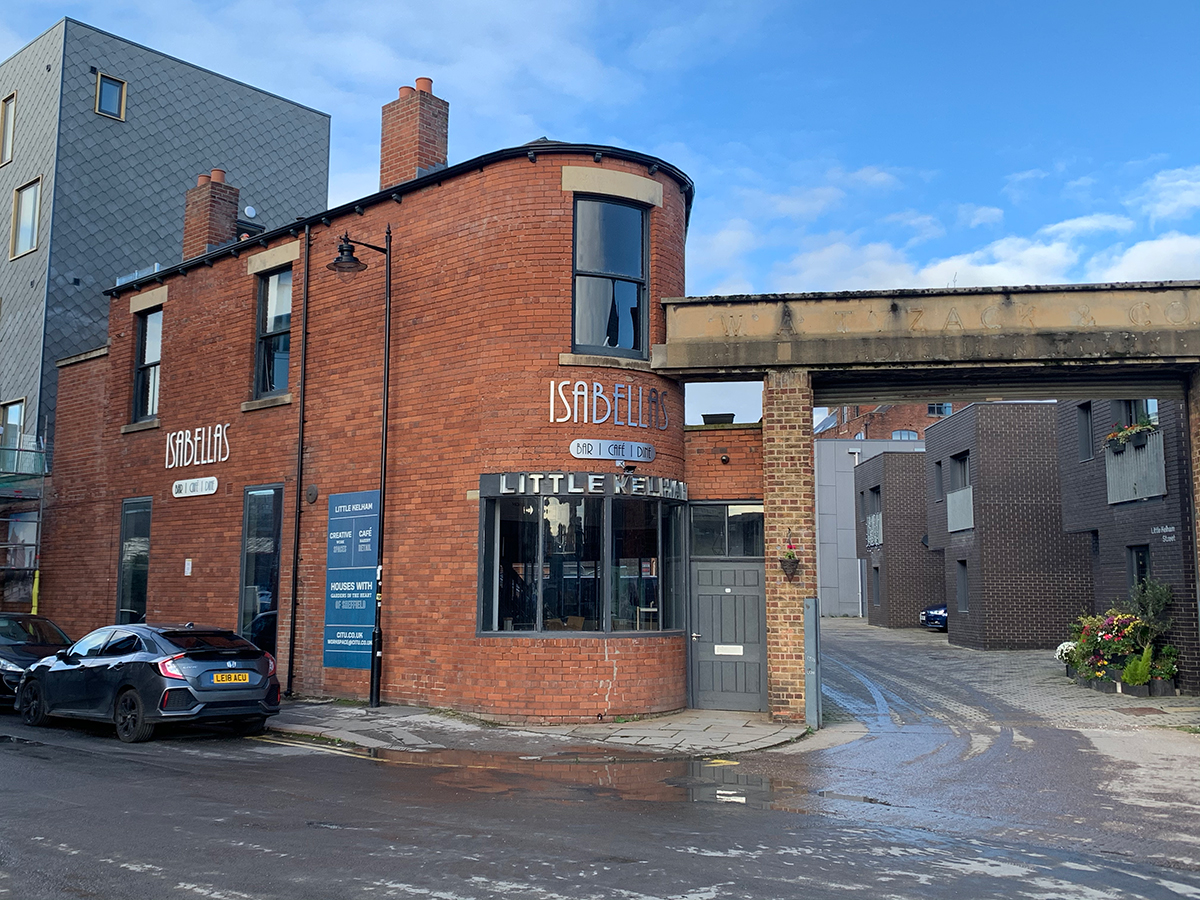 A classy new Italian restaurant is set to open its doors on Alma Street when the current restrictions are eased, bringing authentic Southern Italian staples to the heart of Kelham Island.

Isabellas’ owners say the venue, which is in the unit formerly occupied by The Gatehouse, will be a café bar through the day, serving great coffee and Italian pastries, before transitioning to a ‘an upmarket restaurant and wine bar’ in the evenings, with a few unexpected menu twists and a riff on small plates for those looking for a casual dining experience.

Co-owners Steve Miccoli and Chris Cawthorne had hoped to already be open but due to the ongoing pandemic, and the current restrictions, they have bided their time and are now crossing their fingers to be able to open in early December.

Steve said: “There’s lots of great places in Kelham Island but nothing quite like this. We wanted to set the trend and do something a bit different. Somewhere with really plush surroundings, where you can relax and pick from a nice selection of beers, wine, spirits and cocktails. Just somewhere where people feel really special.

“There will be comfort food, like pizzas and pastas, but we’re also going to do small plates, and tapas-style sharing dishes for people that don’t want to sit down for a full-blown three course meal, but do want to enjoy a nice bottle of wine and have a few nibbles.”

Steve has over 15 years’ of his own experience in the restaurant trade and has always been around the hospitality industry since his parents opened E’Lupo’s, a traditional Italian restaurant in the heart of Rotherham, some 37 year-ago. However, Steve’s first passion was actually electronics and sound-systems, and after doing a degree in electrical engineering he opened Music World in Sheffield city-centre.

It wasn’t until his parents decided to retire around 15 years-ago that Steve made the decision, along with his best friend and business partner Chris, to take on the family restaurant business.

“It was a risk, but we modernised it, brought it up to scratch, and totally revamped the place. From there it just got ever more popular and more successful, to a point where it was at its full capacity virtually every week.

“Then a few years back, we just wanted to do some different and we heard about Kelham Island. I’ve seen it grow and develop over the years, and it’s such a vibrant, welcoming area. That’s when we said, let’s go for it down there and decided to sell up and try starting again.”

The original family restaurant may have gone, but the new venture’s name at least does have a tie in to the family, as well as harking back to a bit of Sheffield’s nightlife past.

Steve said: “Isabella’s is named after my daughter. That’s the main reason why we’ve named it that but a lot of people, of a certain age, will remember that there was an Isabella’s in Sheffield in the 90s, which was a nightclub. It was renowned for being a very upmarket kind of venue, so the name will strike a bell for some people.

“I’m really excited now. A little apprehensive, given the uncertain times, but I am positive still because I know we’ve got something new and in different.”

We can’t wait to try this when, restrictions permitting, Isabellas is finally able to open in early December. For updates on their progress head over to their Facebook page here.