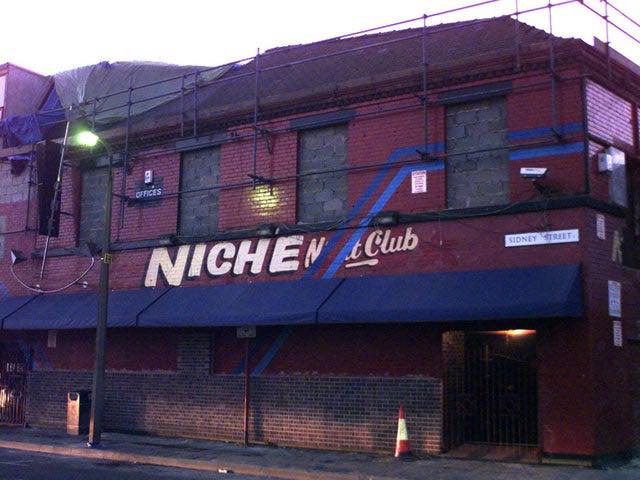 Posted at 11:05h in Good News, What's On by Ashley Birch 0 Comments

This Saturday, 17 October, Niche fans will be treated to a stunning line-up of old school Niche favourites, the likes of which haven’t been seen on the same bill for the best part of 20 years.

Announcing the event, Jamie Duggan said: “25 years ago, something very special happened.
A nightclub called Nimmos changed its name into what would then become an underground phenomenon that held legendary status all across the U.K. That name was NICHE!

“Owned and built by Steve Baxendale, this venue shaped the way of the underground House and Speed Garage scene that saw clubbers from far and wide queue all the way down Sidney Street just to get inside.

“It was the north’s only legal full weekend all-nighter. Running from 12am until 10pm every Friday night and 12am – 12pm every Saturday.

“Year after year it became bigger and bigger. With loyal resident DJ’s that gave everything to make sure it stayed at the forefront of underground music and legendary management, staff and security that everyone remembers just as much as the DJ’s for the jobs they did! Not forgetting the customers, the hundreds of thousands of you that stepped through those doors!

“It was a family, it was a community, it was our NICHE.

“The place became more and more legendary and by the year 2005 it grew into a machine. A machine that would be the driving force of the huge Bassline scene that was just around the corner and two NO#1 GOLD selling albums that sold almost 300,000 copies between them.

“The man behind this great legendary club and global phenomenon STEVE BAXENDALE is no longer with us but his legacy and the name NICHE will forever live on!”

Duggan is also asking for anyone who ‘ever went to Niche, witnessed it with your own eyes, bought a tape, bought an ice pop from the upstairs bar, gurned on the top dance floor, went mental on the bottom dance floor, or fell in love with the Niche sound’ to send in any photos and stories, which will then be compiled and used as visuals to be played throughout the stream.

The gig will be streamed live this Saturday 17 October from 5.30pm-1am. Tank nightclub will not be open to the public and the gig will only be available online. For further updates, keep checking Jamie Duggan’s Facebook page.