The devil’s in the donuts 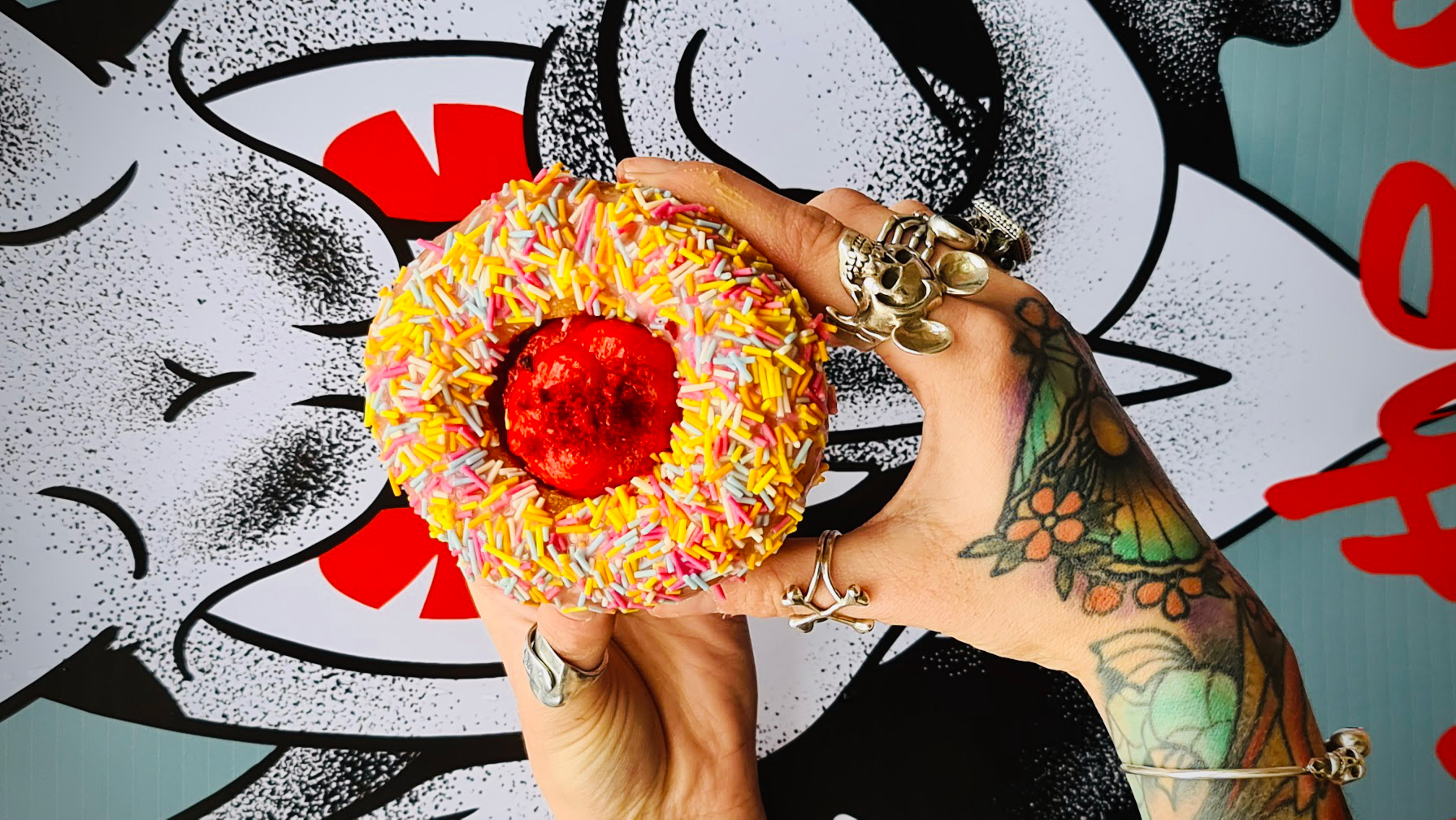 13 Oct The devil’s in the donuts

It’s time for donut worshippers to submit themselves to the cult of Satan’s Glaze. The Sheffield-based donut devotees have today (13 October) announced they are ready to release their devilishly good desserts and coffees on the Steel City, starting with a suitably satanic run of 666 donuts on Halloween.

Cult leaders have summoned up one hell of a donut, good enough to serve to Beelzebub himself, and they are ready to reveal that pre-orders for that first delivery will be open on their website from 17 October.

They’re promising ‘devilishly-big and dirty donuts, dripping with glaze and packed full of flavoursome filling!’ Expect unique flavours with hard rocking names like the Motley Crue-inspired ‘Sticky Sweet’, a strawberry float of a donut, or the Orville Peck-inspired ‘Rodeo’, which is packed with whisky cream and topped with ‘bacon’ pieces. Yee-haw!

“We’re a non-judgemental donut and coffee shop,” say the Cult Leaders. “As well as selling donuts that are to die for, we want to be accessible to all, and diversity and positive mental attitude is at the heart of everything we do. For us, it’s all about loud music, loud engines and loud expressions. It’s dunk or die!”

The eagle-eyed out there will have already spotted mysterious messages popping up on lamp posts across the city, as well as videos from the underworld appearing on social media. As their cult following has grown fiendishly quickly, they feel the time has come to begin conjuring up donuts from their top-secret crypt on the outskirts of Kelham Island.

A spokesperson for the Dark Lord told us: “We’ve taken inspiration from over in the States and we want to bring that over here. We felt there was a gap in Yorkshire for a donut and coffee shop that encompassed music, arts and diversity, while still selling great, ethical donuts. The best of everything, basically.

“At a time when we’re so socially distant, food and drink brings people together, and if we can do that with our brand, well, job done, really.’

For now, the donuts will only be up for grabs online and within a seven-mile delivery radius (or possibly pentagram) of the city-centre, but there are plans to open up their crypt to cult members in the coming months.

It’s not all about the donuts either, the coffee element of the heavenly combo will be equally important, and Satan’s Glaze are exclusively partnering with London-based roasters Dark Arts, meaning Java lovers will be only able to access their wicked roasts in Sheffield through Satan’s Glaze.

So, all that remains to ask is, are you willing to sell your soul for a vegan donut?… We know we are!

For more info and to join the cult, head over to their Facebook page here.