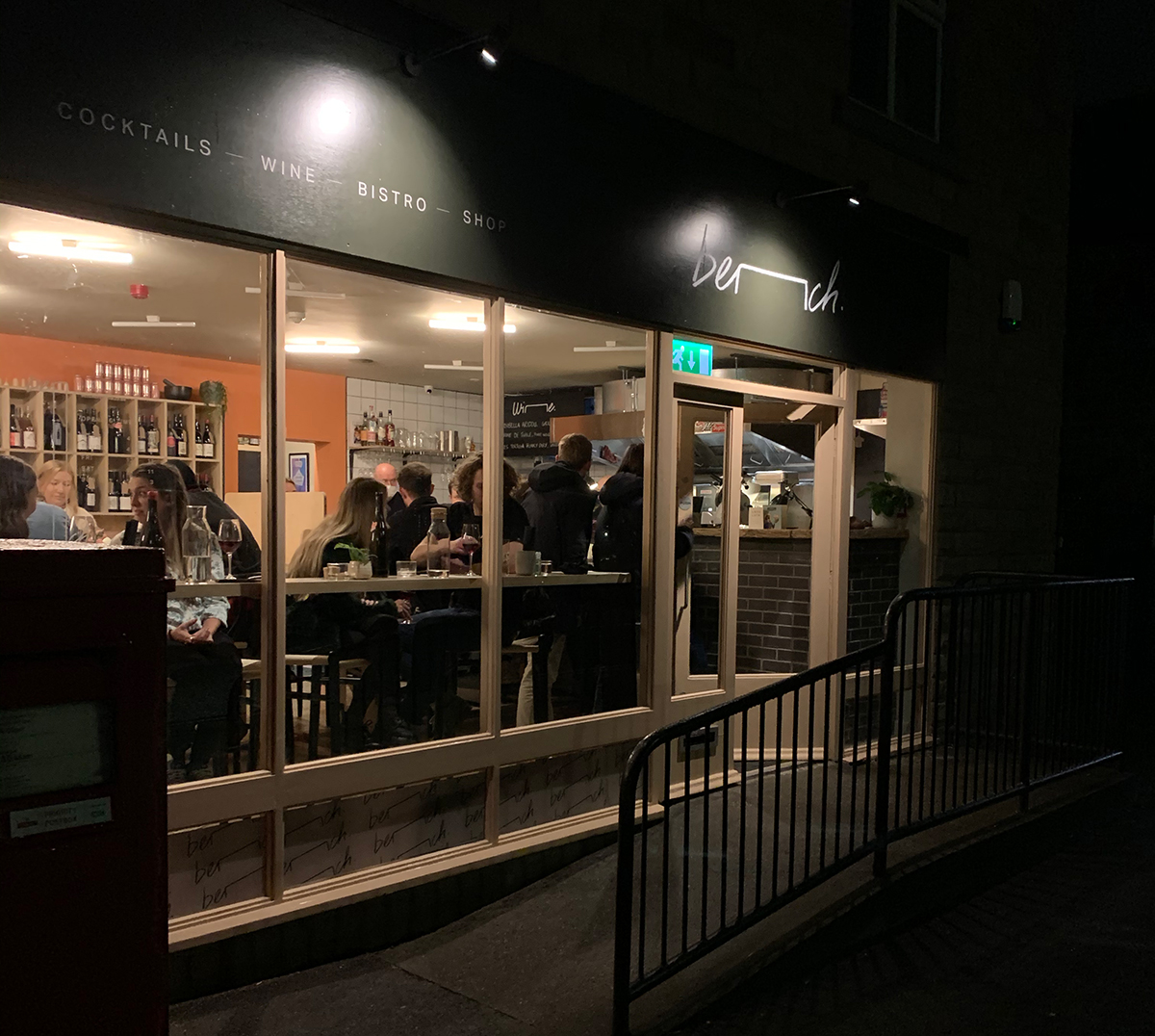 In a day of new restrictions, here’s a bit of a bright spark. Owners of Bench, a hotly anticipated new restaurant and bar in Nether Edge, have revealed they will open their doors to diners for the first time at 4pm on Thursday 15 October, with bookings going live now.

We were lucky enough to check out their soft launch on Saturday evening and we can confirm that the food and drink were, as expected, absolutely out of this world.

Bench are serving modern bistro-style food using British produce paired with cocktails, natural wine and beer. It will initially open Wednesday to Sunday at a reduced capacity due to Covid-19 restrictions and will be table service only.

Jack said: “Bench is going to be a neighbourhood hangout. We want to create a communal setting for drinking and dining, as well as offering a shop where people can take something home with them.

“It’s something that we’ve been working on behind the scenes for a good few years and have been waiting for the right opportunity to present itself. We’re so excited to finally be able to have a place we can call home.”

To celebrate the launch, Bench are collaborating with some of the UK’s most exciting chefs in a series of planned events.

Tom explains: “It gives us the opportunity to get some mega talented pals over to cook in what we’re calling Sunday Sessions. To be able to share this experience with our guests is going to be something really special.

“We’ve invited two of our favourite places in Sheffield, Piña and VorV, as well as friends from further afield: Anglothai legends John and Diz, Brad Carter of Michelin-starred Carters of Moseley, Sam Grainger of Belzan/Madre, and Lee Wescott, most recently of Michelin-starred Pensons. Each takeover is going to be unique and will really showcase what we want Bench to be about.”

Bench launched a Crowdfunder on Sunday 23 August and hit the target with more than two weeks to spare. This is going to be one hot ticket, so we recommend getting in their early when bookings open.

For details on how to book head here. For more restaurant and bar news in Sheffield,  head here