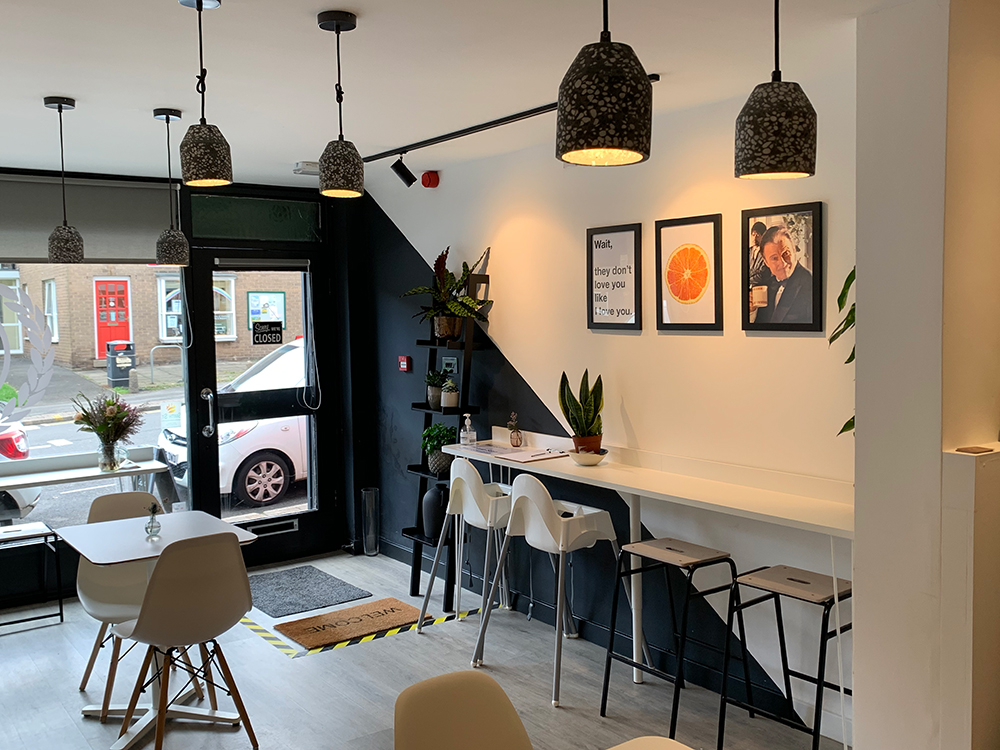 A fantastic new family-run cafe serving up authentic German cuisine (with a few twists) has opened its doors in Crookes.

The Lost Jockey, named after the famous Magritte painting of the same name (yes, they know he’s Belgian!), opened at the end of the summer and has been serving up kartoffelpuffers, vegan schnitzel sarnies and great coffee from Sheffield roasters Smith Street ever since.

The cosy, community-minded café in the former home of Korean restaurant Yoki was opened by partners Kayleigh and Karl and is very much a family-affair, with Kayleigh’s daughter Eva even helping out at weekends.

Kayleigh, who is in charge of front of house, was born in Bremerhaven, Germany, but has lived in Sheffield for over ten years. When she and Karl began talking about ideas for opening a cafe, it made sense to draw on Kayley’s German heritage for menu inspiration.

Kayleigh explains: “When we were brainstorming food ideas it just kept coming up and Karl began experimenting with German food that I’d been cooking, trying to make it better and put his ‘Karl spin’ on it, and this is the result.

“There’s plenty of other great cafes who do the traditional stuff and we will still do our version of that. For instance, you can still get a sausage sandwich or a bacon sandwich, but here it’s going to be a bratwurst sandwich, or it’ll be salami and there’ll also be a sauerkraut salad on the side, which people seem to really like.

“We’re not trying to be exclusively German; we might put other things on the menu in the future, but we do have a few other German-esque ideas to put on there, that we haven’t tried yet.

“Most of all though, we just want to be a local cafe and something different for the area. People love the menu and it seems to make them smile. I also think we’re keeping our prices fair; we’re not charging extortionate prices.”

A bratwurst bagel is just £3.90 and a vegan schnitzel (the most expensive item on the menu, and in our humble opinion the best) will set you back just £6, so it’s hardly breaking the bank.

In what are challenging times for the hospitality industry, Kayleigh and Karl seemed to have bucked the trend by taking the plunge and successfully opening a café during the pandemic.

“It was a risk but so far it’s been good,” says Kayleigh, “Everyone has been really co-operative with the measures we’ve put in place. We had to make some changes and we were intending to be open six months earlier, in March. It was six months of not knowing really what would happen but now we’re open, we’re really enjoying welcoming people in.”

The Lost Jockey are now open with a socially distant capacity from 10am – 4pm on Mondays, and 9am – 4pm Tuesday to Saturday. They also have plans to apply for a license to serve alcohol, allowing diners to have a drink with their food, as well as plans to extend their hours and offer evening events and pop-ups, when it is safe to do so.

For more info, head over to The Lost Jockey’s Facebook page here.