Sheffield gaming hotshots snap up US company in HUGE deal 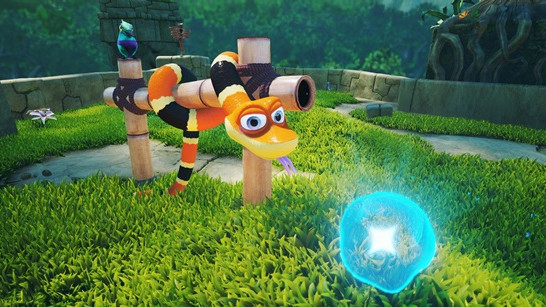 Sheffield-based video game developer Sumo Group has agreed to acquire a US studio in a deal worth up to $99.5m (£77.5m).

The deal will provide Sumo Group with a significant presence on the West Coast of the US, enabling better access and support to existing and potential new clients in North America. The addition of Pipeworks’ 134-strong team takes the group’s headcount to nearly 1,000.

Carl Cavers, chief executive at Sumo Group, said: “We are delighted to announce the acquisition of Pipeworks, the largest acquisition Sumo Group has made since IPO. The acquisition gives us an instant, established and significant presence in the important North American market, with improved access to both new and existing clients and markets.

“Having known Lindsay (Gupton, chief executive at Pipeworks) for a long time and been a keen follower of Pipeworks, I am naturally delighted to welcome Lindsay and his team to Sumo Group and look forward to working together and sharing an exciting future. This is a major step forward for our business.”

Pipeworks, established in 1999 and based in Oregon, provides full development, co-development, and live operations to video game publishers and other partners.

Revenue of $14.8m was reported in the year ended 31 December 2019, generating underlying adjusted EBITDA of $2.4m.

The initial consideration of $59.5m will be satisfied with $35m from existing cash resources and $24.5m through the issue of new equity in Sumo Group. An earnout consideration of up to $40m will be payable based on the performance of Pipeworks.

Lindsay Gupton, chief executive at Pipeworks, added: “We are absolutely thrilled to be joining Sumo Group. Our ambition is to be the best and most innovative game developer in North America and this will be a ‘level-up’ for all of us at Pipeworks.”

Sumo Group is based in Sheffield with studios in Newcastle, Nottingham, Brighton, Leeds, Leamington Spa, Warrington and Pune, India.